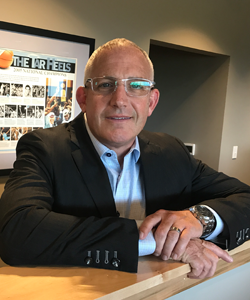 Michael J. Levine co-founded the Mills and Levine law firm in 1998 before taking the firm over in 2015, creating the Levine Law Group. He concentrates his practice in the areas of personal injury, workers’ compensation, nursing home neglect and complex litigation.

Michael was born in Roanoke, Virginia. After graduating from high school, he served in the United States Navy. After his military service he attended the University of North Carolina at Chapel Hill where he received a degree in Political Science. He received his Doctor in Jurisprudence from Mississippi College School of Law in Jackson, Mississippi, and was admitted to the North Carolina State Bar in 1997 and the South Carolina State Bar in 2014.

Michael is married to his beautiful wife Misty and has two sons, Michael II and Max. He is also a licensed pilot and an avid cyclist.